It’s odd to be coming to Soylent from a Paleo diet. Despite my best efforts, I have yet to succeed in concocting a drink that is truly Paleo. And that’s not for lack of trying. 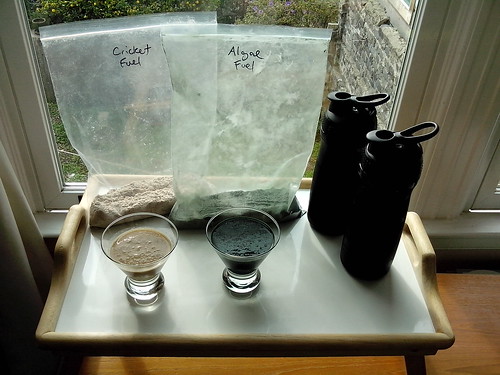 But I’m getting closer.

Deciding on a source of carbs is easy. After reading The Perfect Health Diet, an excellent if hyperbolically titled book on the science behind Paleo, it was clear that tapioca is about as safe and pure a starch as you can find. It’s been a staple food of humans since prehistoric times, and once you get the cyanide out of the cassava root, you get a fine, flavorless powder without the annoying antinutrients or lectins that are so abundant in the agricultural-era plant foods that Paleo eaters love to hate (grains and legumes). Cyanide just works so darn well, cassava didn’t have to evolve a lot of other defenses against predators. So that’s great. Tapioca! :)

But protein? Now that is a tricky problem.

Plants don’t have a lot of protein. Those that do tend to concentrate their protein in their seeds, and don’t particularly appreciate these being eaten (on the other hand, it’s easy to get free sugar from plants in the form of fruit). So their proteins tend to consist of a lot of defensive compounds (those lectins, for example) that do unpleasant things to the digestive systems of the animals that eat them. And they usually throw in a bunch of other unpleasant things as well – generally speaking, antinutrients.

So if you’re eating a lot of protein powder that comes from plants – say, soy protein, or pea or rice protein – you’re eating a lot of defensive compounds meant to protect these seeds from microbes, bugs, and y’know, cows. And you’re probably eating these protein powders raw, which despite the dietary philosophy of the same name, is not always such a great thing, especially when you’d prefer to cook these biochemical defenses into harmless mush instead of letting them run rampant through your digestive system. That said, it’s possible to deactivate many of these defenses without heat, necessarily – fermentation is a big one, for example.

But not only do you have to worry about getting some unwanted additives along with your protein when it comes to plants, there’s also the problem of protein quality. That is, amino acid profile and digestibility. You see, proteins are made up of smaller building blocks called amino acids, where the proteins are kind of like words and amino acids are like the letters. Some letters are more commonly used than others – for example, you’re going to see the letter ‘e’ a lot in the English language. But in other languages (such as Icelandic, apparently) you might not see the letter ‘e’ much at all, relatively speaking. Making proteins is kind of like building Scrabble words out of letter tiles. If you don’t have a ton of a common letter like ‘e’, you’re going to have a hard time making the words you want to make. This balance of amino acids in a given protein source is called the amino acid profile, or amino acid balance, of the protein.

Animal proteins are generally pretty similar as far as which amino acids they tend to use more or less of. It’s like they’re all in English, needing a lot of the letter ‘e’ – the amino acid known as lysine, you might say. So if you eat meat from an animal, it’s like grabbing a bunch of words in English, taking them apart, and making your own English words with them.

But plants are all over the map. Different plant parts and different species are like totally different languages. Eating rice protein is kind of like taking a bunch of words in Icelandic and trying to make English words out of them. If you take enough, you might be able to make the words you want to make, but you’ll have a lot left over in the end. And the problem with rice protein is that those leftover letters are the ones that turn into intensely sulfurous farts on the way out. But I digress. ;)

Digestibility means how well you can take apart those words (er, proteins) – and take the letters (amino acids) for your own use. I won’t go into this too much, but there do exist proteins that themselves block you from digesting other proteins (protease inhibitors), and these tend to be found mostly in plants. This and other factors (how big and gnarly the proteins themselves may be) can affect how well your body can break down and digest the protein you eat. So, some protein sources have high digestibility, while others have less.

Long story short, the only truly Paleo source of protein is meat. And it’s hard to get that in powdered form, as you might expect. Of course, there’s also that whole deal where you have to kill some innocent critters and use up a bunch of natural resources in the process, too, which is kind of a bummer. :/

Powdered meat, though… Does that even exist? Well, there’s beef protein isolate on the market, but it turns out it’s basically gelatin powder made from hooves and skin, not the powdered steaks you might imagine when you first hear of the concept. Unlike muscle protein, gelatin does not have a balanced amino acid profile. Darn. Not really worth the premium price point and vegetarian-unfriendly nature of the product.

So, what are we left with? 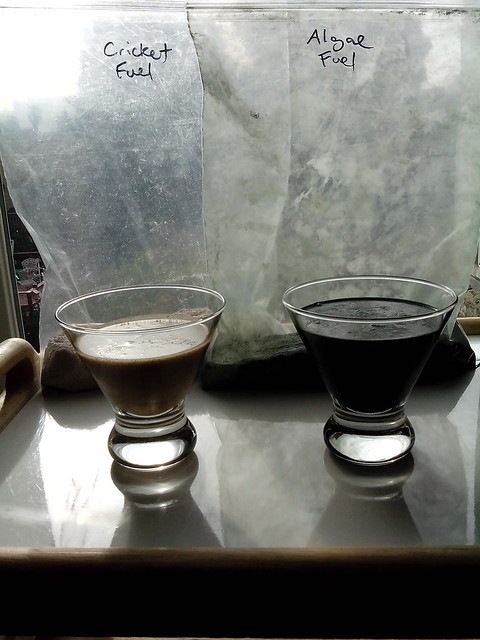 The breakfast of champions!

Well, what we’re left with is ground-up insects, to be perfectly honest.

That’s right, insects, the only true Paleo protein that you can find in powdered form. Don’t believe me? It’s the hot new thing now, apparently. Nutritious, ecologically sustainable, and no one sheds a tear as they die by the billions (whether by pesticides or by frying pan). And the first wave is crickets. I guess they’re cuter than mealworms or black soldier fly maggots, or something. Chirp! :)

So I managed to get my hands on some finely milled cricket powder, thanks to the friendly people at Aspire. They grow crickets. And grind them up into powder.

And I tasted some, in a nutritionally complete mix along with… what else? Tapioca flour, of course! ;) 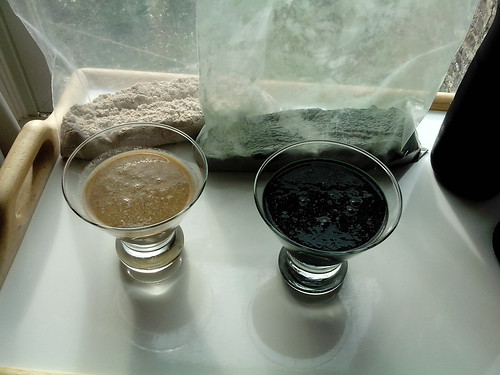 Well, the smell was very strong. Earthy. Pet food. Fish food? Something like that. Not a good start, really.

The taste? Like those cheddar cheese goldfish crackers, actually. But stronger. Not necessarily in a good way.

But without the sweetener (my bad) and a lot more salt (low sodium is overrated, anyway) it might actually taste okay. Bake it into a little cricket-shaped cracker, and this stuff might actually get addictive. But let’s not get ahead of ourselves. ;)

The biggest problem with insect protein is that it’s insect protein. Yuck, right? :p I’ve amazed my friends at my adventurousness in eating experiments, culminating in this cricket challenge, and yet something about the smell and taste still freaks me out a bit, at a subconscious level. If I can hardly bring myself to try another batch, how can I expect anyone else to want to try it, let alone pay for a month’s worth of the stuff?

And that brings me to the second biggest problem with insect protein. It’s crazy expensive. It’s one of the most expensive protein powders you can get right now, on par with egg white protein and fancy plant-based peptides. I’ll be lucky if I can break even charging $20 a day for a cricket-based blend – and that’s at the lowest protein levels I can offer. You want a bodybuilding blend and you’re looking at $30 a day, at least.

Theoretically, if insect protein gets more popular and existing suppliers can scale up and start automating more of the cricket farming process, the cost could go way down. That would be great. In a few years, if we’re lucky.

But in the meantime, here we are, with an expensive niche product that looks great on paper and not so perfect staring back at you from the freshly poured glass in your hand. Is it worth a try? I don’t know.

You tell me. Seriously, tell me.

You want samples? I got samples. Hit me up. 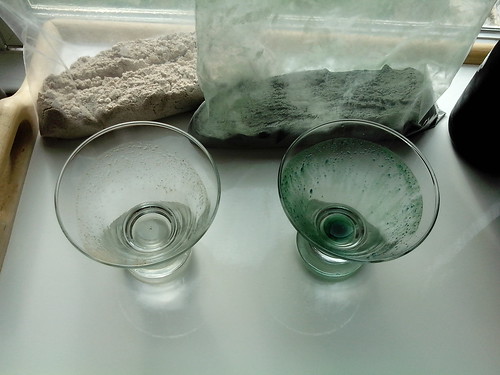 Oh, and if you’re wondering about algae? Don’t. It tastes worse than the crickets, and if the taste won’t get you, the recklessly high iron levels will. Or the chronic inflammation.

If only the company with that patent on algal protein isolate would actually do something with it instead of talking about their plans for 2012 like that’s in the future instead of three years ago. Oh well.

10 Responses to “The Case for Crickets”